CHIPOTLE GETS MY APPROVAL 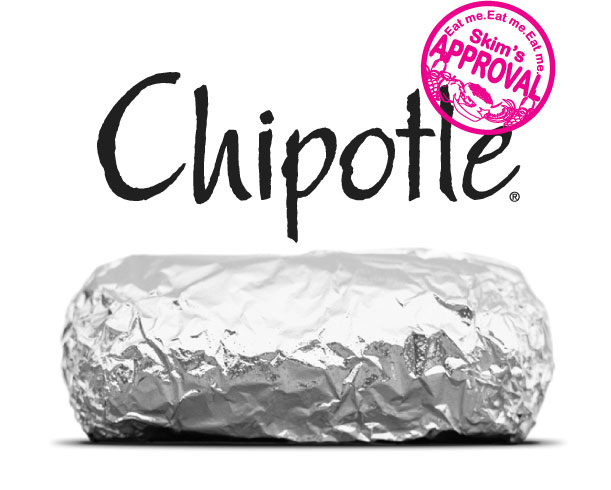 I have friends that are OBSESSED w/ Chipotle, the burrito chain. I’ve always had reservations about eating there bc I knew that McDonald’s was a chief investor. I just learned that not only was that relationship dissolved in 2006, but the CEO of the chain, Steven Ells has joined forces with small farmers, in particular, Joel Salatin.

If any of you have read Michael Pollan’s book, The Omnivore’s Dilemma, then you will be quite familar with Mr. Salatin. He has become one of my favorite people. He owns and runs a farm in Swoope, VA called Polyface (“the farm of many faces”). His is truly an evocative character in the movement of sustainable farming and food. I love that he wants his animals to be happy and as a result, healthy. There is just so much to say about his farming mind that I can only scratch the surface.

For instance, you’ll notice on the Polyface website that instead of listing beef and pork as products, they are described as “Salad Bar Beef” and “Pigaerator Pork”. The cows eat such a wide variety of grasses that it’s like they are walking up to a salad bar for their meals. No antibiotics, no corn, no CAFO’s (Concentrated Animal Feeding Operations or what used to be known as Farms), no cages. They’re grass-eating animals by nature and remain so at Polyface. The Pigaerator Pork is a farming system best described by Mr. Salatin:

Polyface literally backed into the pig business many years ago as a way to build compost.  When we feed hay to the cows, they eat and lounge in a pole shed that we bed down with wood chips, sawdust, and old hay to absorb the excrement.  This bedding ferments in the anaerobic conditions created by the heavy cows walking on it.  Added corn ferments and offers a tasty salary for pigs to aerate the bedding–hence PIGAERATOR.  The oxygenation turns the entire deep bedding into a compost pile, which is the backbone of the farm’s fertility program.  During the summer and fall, the pigs are in special savannah pastures rotated every few days with electric fence.

Here is some recent video of Chipotle and Salatin. However, they have been in kahootz since ’06 when all the Charlottesville, VA stores were lucky enough to inhale Polyface pig. I’m sure that this one small farm can’t sustain the volume of meat served at every location of Chipotle. But, they are really doing their best and for that, I applaud them.

I heart them salads over at Chipotle. Ask Jensrocker. She sweats Chipotle. Too bad they don’t have them down in St. Thomas where she now lives. Let’s weigh the pro’s and con’s: No Chipotle vs. sunny, beautiful beaches; warm breezy Caribbean dusks; malleable young bucks w/ accents and, of course, fresh coconut drinks…right, Jen. Fuck a huge ass burrito. Here’s dusk in Antigua. 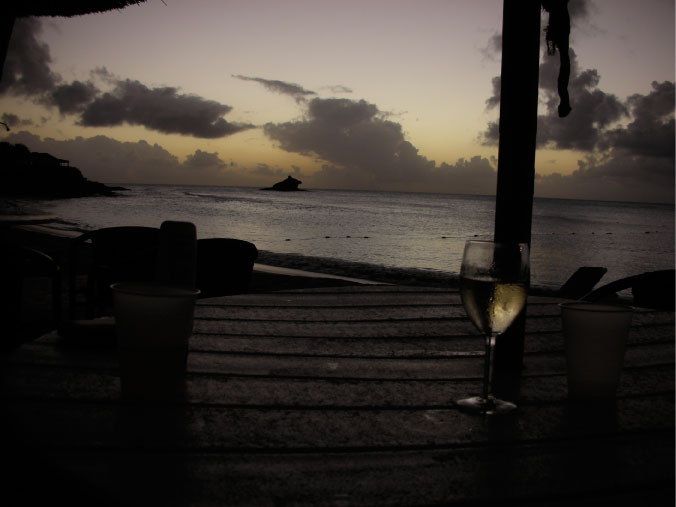 ← HOT DOG HOLDER
SEAL OF APPROVAL →
"Pulled pork n slaw on toasted brioche @spoonfedny http://t.co/iUPdBaMZcV"
"Herbed ricotta & asparagus tartlet w lemon zest @spoonfedny (before & after the bellydancer) http://t.co/3lVoY1r4Rj"
"“@ChickNorrisDJ: It's hump day...know what that means? No, @nbcsvu is over for the season...” @DANCEonFOX time!"
"@ElijahCraig is a whiney little bitch, just so u know, @IMANthedog"